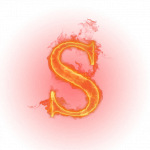 Interactive video commerce is the next big business idea…

But you probably haven’t read anything about the interactive video commerce business model on the internet.

Unlike other traditional eCommerce I know, Vcommerce is not about selling products. Or making money using tech.

Instead, it is about the democratization of individuals potential, meaning the power of an individual to influence another individual.

Today, I’m going behind-the-scenes to share how a perfect Taobao clone script will build your wealth.

This is all a part of the Taobao interactive video financial growth week, where I am researching consistently about how and in what ways video shopping is helping online store owners as well as physical retailers to build their business and brands.

By which I mean in the following blogs you’ll learn about:

And whatever I find later on my research.

So in today’s article, I’ll be answering popular questions like:

And here’s my study.

So seriously, what is Taobao clone script?

While many predicted that video streaming will drive marketing and businesses online, I am sure only a few understood the real meaning of it. We all have heard that live streaming is helping online business engage their customers and build trust. But does it actually drive ROI?

Well not, to be honest. Yes, it did help brands improve their customer base. Yet failed to monetize the efforts. What I found lately was people who understood the real potential of live streaming using Taobao clone script took that brilliantly to the next level.

Learn about: How a Taobao clone script grow your online store sale?

To be more specific, Taobao clone script is nothing but using the potential of video streaming to the fullest by integrating it with the online shopping business model to feed customers who are ready to spend $600 billion on helpful products online.

Using Taobao clone script for your business is the process of combining interactive video streaming with traditional online shopping. From selling an actual product in the middle of the streaming till giving interactive support about a product on air. Everything using a clone script.

Many companies are leveraging vCommerce, using influencers, celebrities and reputed bloggers to market their products and interact with the stream viewers. While very few companies are advancing their eCommerce business using Taobao clone script with sleep benefits where viewers could purchase products on the spot in a tap without skipping the stream.

You lost me, Poindexter, what does Taobao clone mean for me?

It means including Taobao clone script in your conventional e-commerce business can boost your sale on an average of 20%, with choosing the right platform to stream or by developing your brand a killer video commerce platform can improve 40% ROI of your online store business. The choice is yours.

Interactive video shopping customer service is a callback to the days where we truly talk to real people when we bought things. During every live stream, the video viewer could communicate with the streaming host and also get all of their questions answered by an authorized staff member.

With a live broadcast, a user could easily access product knowledge and also see product tested live, that would be hard to try at home plus asking for live requests that the host could try on air. This much information sharing and gathering could provide a huge boost in converting viewers to customers.

Marketing efforts today are being designed to trigger a customer to seek information and then purchase the product. So no matter who and what business you do, the content you provide to your user does not contain any entertainment value, people will not consume the content.

Most people are skipping pre-roll ads or changing channels during commercial advertisements, meaning that only a small percentage of the potential audience is actually viewing your content.

Physical retailers and online brands can increase their viewership and create an even bigger opportunity to convert people from viewers into buyers by combining the right types of entertainment to pull your target audience.

Who is using interactive video commerce? Is that truly working for them?

Interactive video streaming has the ability to influence an online shoppers shopping decision. And below are the company’s who nailed it.

$ Bringing live streaming with online shopping has skyrocketed a company’s conversion by 21 times and drive 130X revenue in a single video commerce session.
Another reason to invest in a video commerce business is that this business model is bringing the forsaken human interaction back to eCommerce.

$ AliExpress, an Alibaba subsidiary, launched a video commerce service called ‘AliExpress LIVE’, which saw as many as 320,000 goods being purchased per one million views during their single live streaming session.

$ Taobao confessed their live broadcasting platform realized more than a 50% increase in their conversion rate.

$ A top seller using Taobao has over 2M followers, making 25 million RMB ($4 million) per year. Where she sold 70 million GMV during a 5-hour live broadcast, setting a record.

$ One walnut snack was sold in over 200k orders, on which 60k was sold out in one second after the host introduced the product. The broadcaster had to contact the manufacturer to replenish their inventory twice, until all they had were sold out, in just 5 minutes.

But wait, I read something on blogs that vCommerce has its own challenges that said I shouldn’t do this?

Though Taobao clone script seems to be enticing as with any new technology, there will always be positives and negatives that a company must consider. Video commerce is a service that requires a lot of planning and preparation, but with the right game plan, product, and traffic, interactive video commerce is a must strategy to explore in 2019.

The unpredictability in live eCommerce platform you choose to stream, it may be anything from the streaming server downtime the platform runs to the internet connection you have.

Capturing live audience available at the exact time of your stream in the platform is also something you should be concerned about. This can become even worse if you’re a brand with no pre-existing audience, then you’ve got to invest in some pre-event marketing which is like doubling your investment.

In terms of the backlogs of viewership and marketing, a great Taobao clone script solution is that one cleverly streams the live event on social media for better reach.

A platform that enables reach more viewers, but not loses the features of interactive video commerce.

I am a physical retailer, if I update my store for interactive video commerce with Taobao clone script, is it going to change my e-store business? Like, am I all of a sudden going to see more revenue or something?

Not just me, no one can promise you a significant 30% hike in ROI as soon as you’ve implemented the Taobao clone script strategy. But what I can promise you, on the other hand, is, if you are ready to invest in a strong commercial proposition rich video eCommerce platform you’ll enjoy frictionless conversion like never before.

The Taobao clone script that you’re going to invest in should be affordable and commercially rich with advanced features. It needs a strong selling proposition that suits your brand’s content.

And also the video you’re going to stream should be digestible and entertainable. Your product live stream should be commercial without being too sales-sy. Viewers should not get the feeling that they are part of an infomercial, that’s where the real struggle is.

Therefore the proposition you’re going to invest in should be unique, relevant, needy, and electrifying. For more tips on how to shape strong video eCommerce propositions, keep an eye on our blog series.

Interactive streaming ideas you should keep an eye for

The platform you choose to stream your brand should give you the potential of streaming different kinds of video content where you’ll be able to schedule the live content and create a curiosity to your viewers and then stream. You can also provide an option for your viewers to reserve seats for the live stream.

With in-depth market research and analysis, we have presented here the list of all beneficial inclusions that help your business to maintain a competitive edge. These above-mentioned features and functionalities may not be readily available in our versatile script. But, our scalable solution can be customized swiftly and effortlessly to include these additional features and thereby making your business stand out from the crowd. To know more about the cost and time frame for these inclusions in our script, you can contact our customer help desk.

Unique selling propositions for you matters, too

Your brand’s unique selling propositions during the streaming can be nourished with appealing offers, aggressive deals, limited editions, huge discounts, and interactive concepts like self-destructing coupons.

These methods work especially well in combination with live video. Moreover, live video increases the ‘Know-Like-Trust’ factor, creating a feeling of authenticity in the minds of your customers. 90% of buyers claim to feel a greater level of trust after having seen a product video.

However, developing your own video commerce platform for your brand with many classy features is always advisable. In that case, an interactive video streaming script can do a lot good for you. Try to check them out too.

And if you found yourself piqued by what you’ve read, give me some applause below. We all like encouragement.

Do you think setting up an online business is the right thing to do?

Are You Hesitant About Building An On Demand Marketplace in 2021?